Christmas Card Day is December 9th and we are commemorating it a few days early since it's on a Sunday in 2018!

On December 9,1843, the world's first Christmas card was ordered to be produced by Sir Henry Cole, the first Director of the Victoria and Albert Museum in London.

From the Bath Chronicle:

He commissioned John Calcott Horsley to design two cards, a coloured example that cost people sixpence, and an uncoloured version for fivepence.

The uncoloured one, depicting a Victorian family eating and drinking, was sent to a lady called Marinda Cundy, and (was) passed down through the family since that Christmas (for) 170 years . 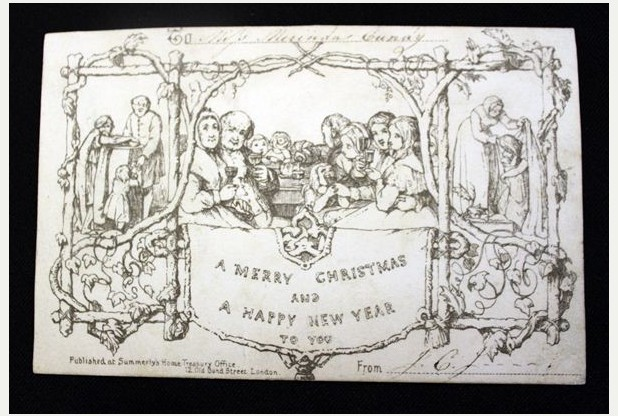 It was sold at an auction for 4200 pounds in 2013.  Read more about that first Christmas Card HERE.

And, that's where it all started!

Celebrate Christmas Card Day this week by sending someone one of your beautiful handmade Christmas cards!

This is only a preview. Your comment has not yet been posted.

The letters and numbers you entered did not match the image. Please try again.

As a final step before posting your comment, enter the letters and numbers you see in the image below. This prevents automated programs from posting comments.

Having trouble reading this image? View an alternate.

(Name and email address are required. Email address will not be displayed with the comment.)