Another Hobby of Mine 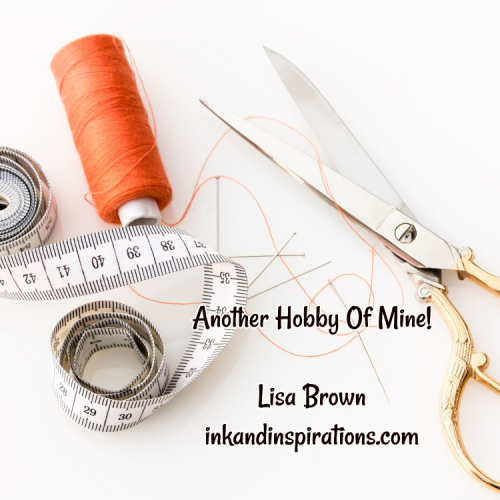 Today I wanted to share a little about another hobby of mine...sewing!

I have been sewing for many years.  I took a bit of a break when my girls were were born.  I just didn't have the time with working outside the home and other mom "duties".  It's such a good feeling to have this skill and now that I have a little more time, I can sew occasionally for Lyla and Mia.

Growing up, my mom made most of my clothes including some of my prom dresses.  She had been sewing since she was a young girl.  I learned some of the basics from mom but  I enrolled in homemaking in 9th grade and there was a lengthy unit on sewing.  I remember that we had an assignment to make a dress or "pantsuit" (remember those?) and then model it in a spring style show at school.  That was pretty cool.

My machine brand of choice all these years has been Singer.  My little workhorse now is the Singer Quantum Stylist 9960.  I love it!

Here are some of my projects from the last few years...

I have made quite a few of this style of dress for Lyla. 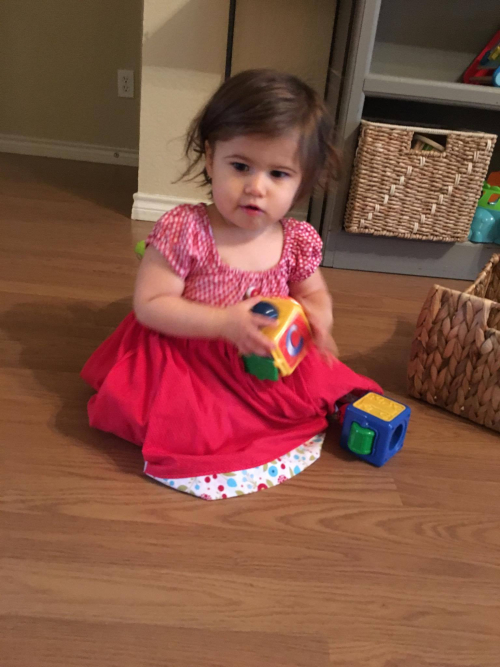 Here are two "matching" dresses that I made for Lyla and Mia. 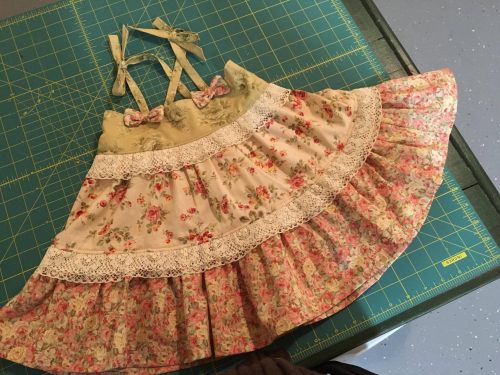 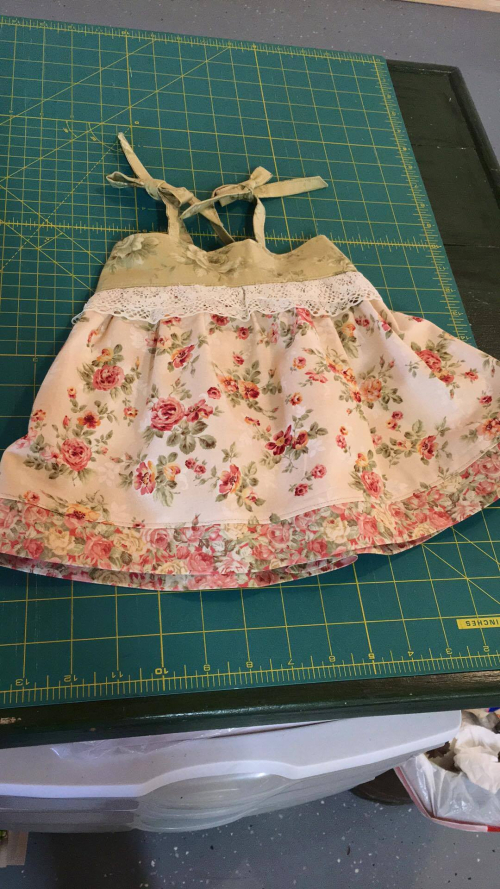 And, here are their Christmas dresses for 2017. 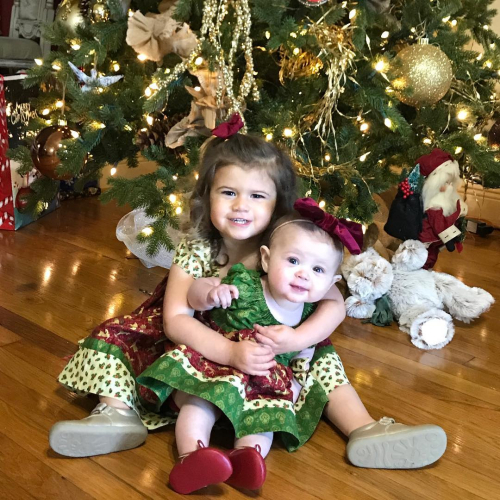 I'm thinking about trying this style for Mia next.  Lyla loved the bees in her storybooks so I found this fabric especially for her. 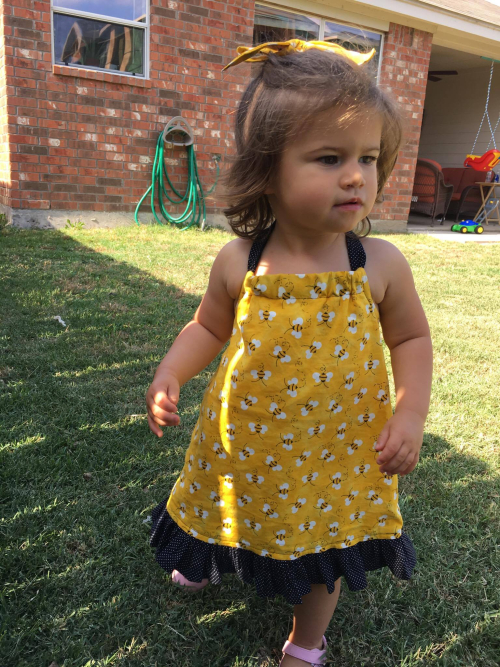 Below you can see Mia's nursery quilt while it was still in progress. 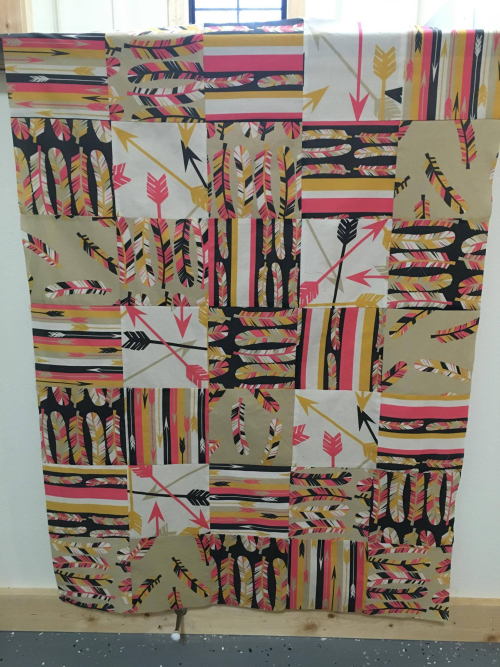 And, this one is a jelly roll quilt for my Mom. 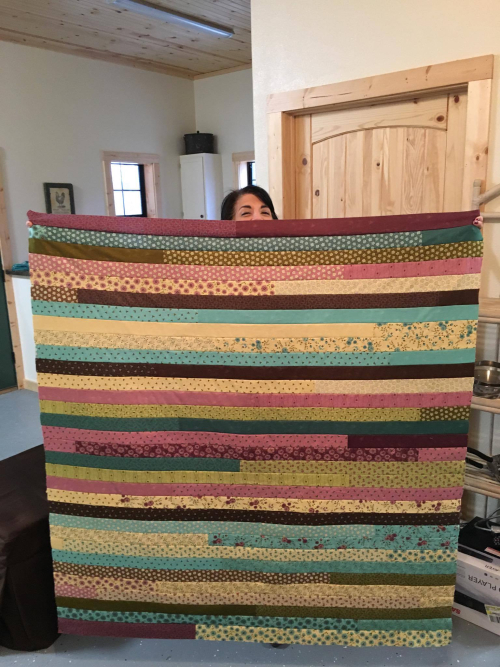 Looking forward to my next project!  I hope to prepare some fabric and stitch it up soon.  I miss having my mom to ask for advice but I'm so grateful that we were able to share this common love.

Thanks for reading about my "other" hobby that has been part of my life for so long and I'll see you in the next post! 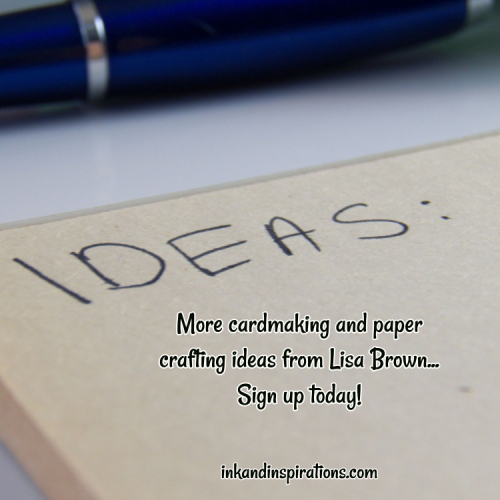 Lists are great. Lists keep me on track, indicate progress, and hold me accountable. My most important list has your name on it...and, if it doesn't, I'd like to invite you to sign up.

The members of my mailing list keep me on track: I know they are counting on me to provide great content and information regarding something they are passionate about.

My mailing list helps me see progress: As my list grows, it is an indicator that I am reaching more and more about a craft that I love and want to share with everyone.

My mailing list holds me accountable: I know that I must keep up with the latest trends and creative ideas because you are counting on me to do so.

Sign up now and don't miss out on exclusive content and ideas that, I hope, will inspire you in your rubber stamping and paper crafting. I am passionate about what I do and I look forward to sharing it with you. 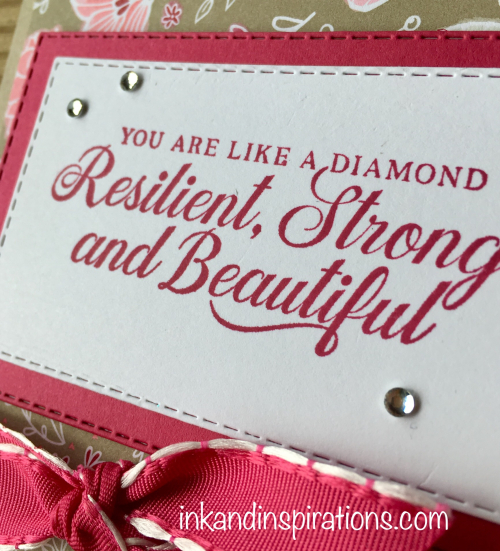 You may CLICK HERE to go there at 6:00 PM Central.

If you are unable to join in at that time, not to worry! You may watch the recording which will be posted there for you to see.

This evening's project will be a pretty Mother's Day card.

I am sharing my favorite Star Wars quote from the wise Yoda. 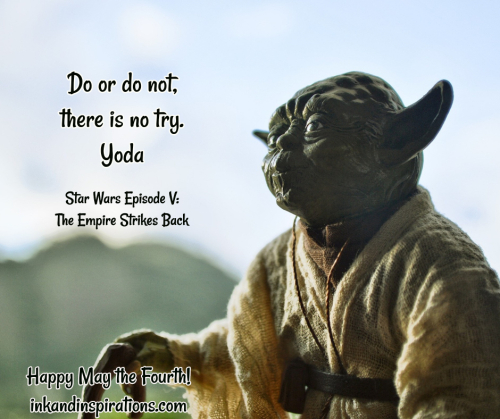 May the Fourth be with you and have a fun Star Wars Day! 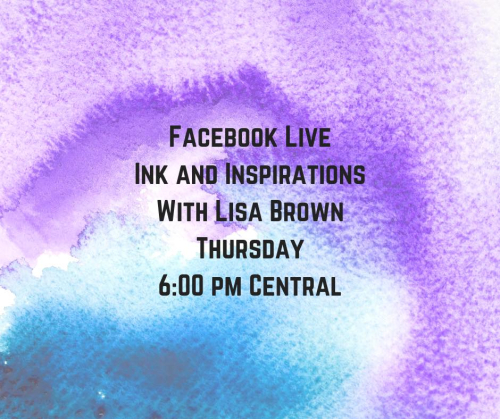 Three Great Reasons to Start Your Own Stamping Business! 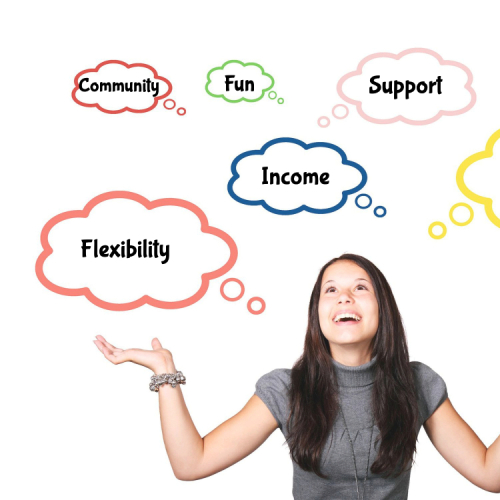 If you have ever dreamed of starting your own stamping business then here are three great reasons to encourage you to do so!

Join Stampin' Up! as a demonstrator and the choice is yours to put together a kit with any of our current high-quality products.  You can choose up to $125 worth of any Stampin' Up! products! You'll also receive a business supplies pack with order forms and catalogs and a Paper Pumpkin kit.  All this for $99 and with FREE Shipping!

If you've been considering starting your own stamping business for a while and are ready! JOIN NOW!

There are lots of greats reasons to start your own stamping business as an Independent Stampin' Up! Demonstrator so give it a try! 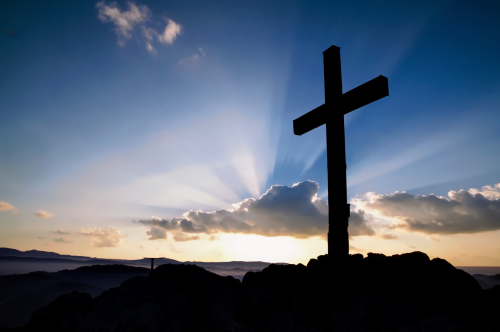 Wishing you and your families a blessed and glorious Easter!

Last Chance Products from Stampin' Up! 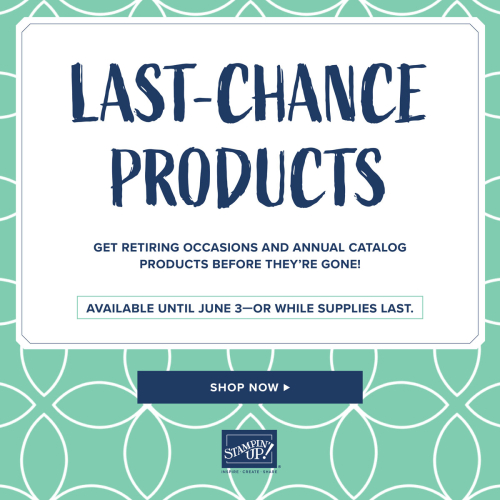 Have A Great Weekend! 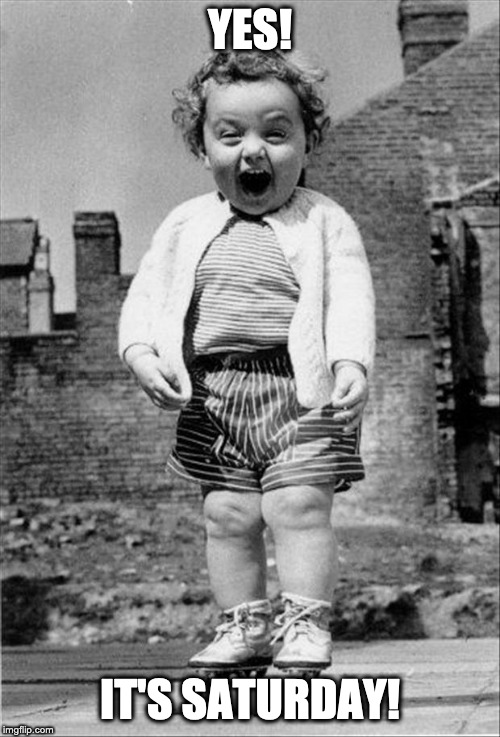 Why I Started Stamping 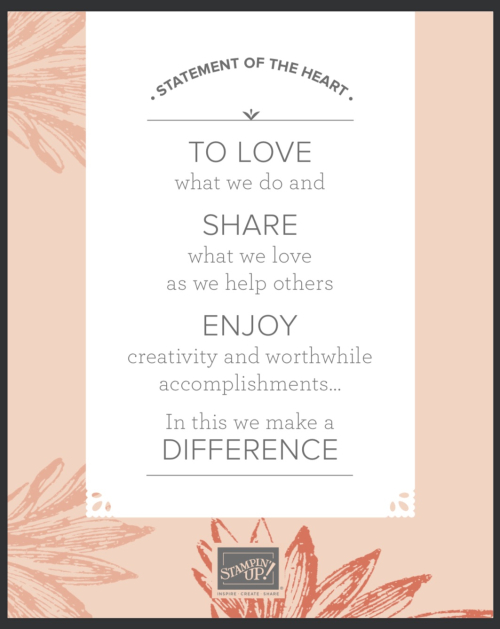 I suppose we all have our own story on the "why" we started stamping.   Mine is quite common but just in case you're interested, here's my story.

When our girls were in high school, they were in MANY extracurricular activities and we took lots of pictures.  Both girls were also involved in dance classes outside of school and of course, we had lots of photos of  that activity as well.

So I decided to start doing something with those photos.  I had done some scrapbooking as a young girl but it had been years since I had done any.type of real memory keeping.

I had a lot of fun doing those elaborate pages that took hours to do and really made some nice layouts and albums.

One day in the spring of 2006, my daughter wanted me to attend a party that her friend was giving... a rubber stamping party, she said.  Stamping Up, she said. Reluctantly, I agreed. I had never heard of Stampin' Up! and I secretly thought "who needs rubber stamps"?  I know...that's pretty funny, right?

All it took was putting that first stamp to ink and then to paper.  That's it.  We made a cute card and I thought how clever that was.  I could always use cards.  So my daughter and I placed an order together. We could share our new "stuff".

Then one day, that same demonstrator who gave that party called and told me I could get lots more goodies if I just purchased the Starter Kit.  I think there may have been a special.  I know I paid a lot more that $99. But, I was thrilled to get my hands on more stuff.  And, the demo told me, you will be a demonstrator.  I told her I never planned on demonstrating anything.  :)

I got my kit and was super excited to use my stamps in my scrapbooking and of course, make some cards.   Then one day my demonstrator friend asked me to conduct a "party" that she wasn't able to do.  I couldn't do that, I said.  She insisted and I fell in love with the whole process and almost 13 years later, I am still sharing something that I love to do!

I'd love to hear your "Why I Started Stamping" story so just share in the comment section below or email me!

We will be making a cute basket for a little Easter gift!

One of My Favorite Restaurants! 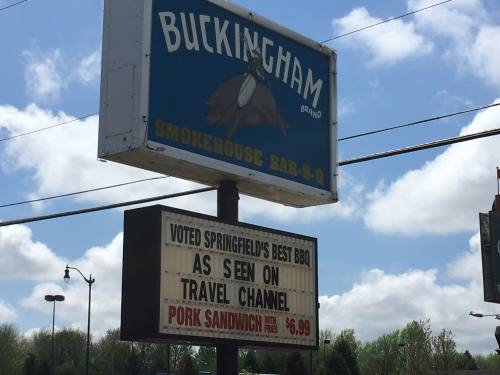 One of my favorite places to eat while we are in Missouri is at Buckingham Smokehouse Bar-B-Q in Springfield.  As you can see from the sign, it's been voted as Springfield's best BBQ and has even been featured on the Travel Channel! 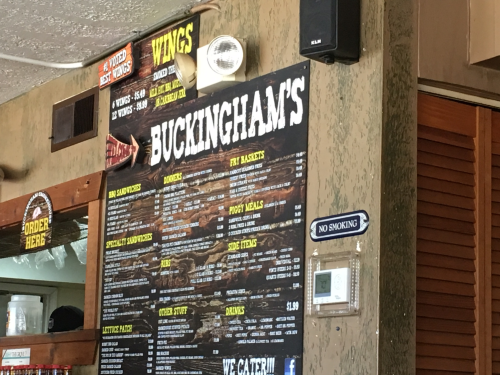 Conveniently located across from Bass Pro Shop, there is sure to be something on the menu for everyone's taste! My favorite of all is the pulled pork, sweet potato fries, and cole slaw! Delicious!  It's a super casual atmosphere and seating outside and in. 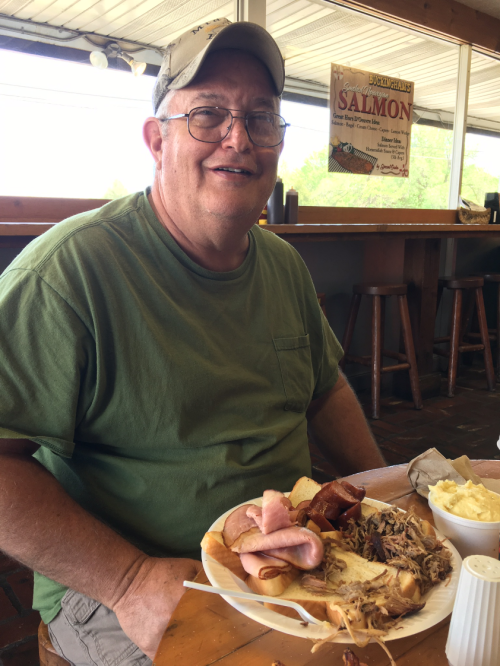 Here's Mr. Brown with a plate full of pulled pork, ham, and sausage!  The potato salad is really good, too!

My friend, Bonnie of Calamity Jane's Cottage Shop on Facebook, loves the burnt ends.  She'll go up to the order window and order burnt "butts" though!  LOL. And, she'll be as serious as ever because that's what she calls them!

If you're ever in the Show-Me State near Springfield stop by Buckingham's and get some of their delicious bar-b-q!   I believe there may be some other locations but this one is conveniently located!  Hope if you're in the area you'll stop and enjoy one of my favorite restaurants. 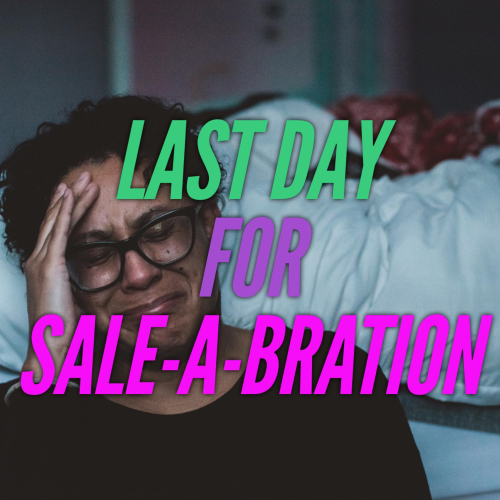 It's the last day of Sale-A-Bration so don't let this be you!

Many of you have taken advantage of the great opportunity to earn some product for FREE but if you haven't, there is STILL TIME!  Shop now and see all of the choices of FREE product with a qualifying order.

And, if you have been thinking about trying out the demonstrator side of Stampin' Up!, there is a great promotion that ends at 11:50 PM MT tonight!  Get $175 in your Starter Kit for $99 and FREE shipping!
Want to know more? Check out the information HERE or contact me at lisa@inkandinspirations.com. 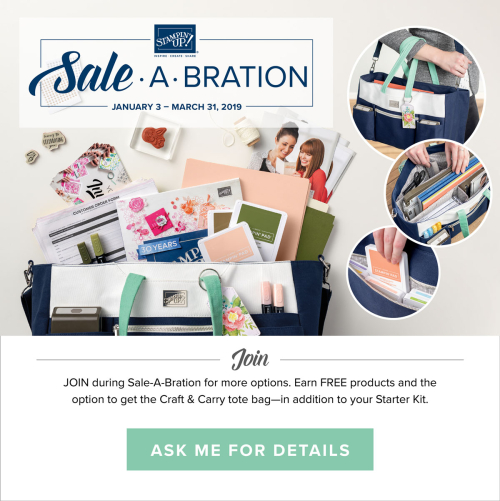 In case you missed it, here is the recording of the project we made last night on Facebook LIVE.

Today's the last day of Sale-A-Bration so I am here to help you with your orders or answer your questions!  Hope to talk to you soon! 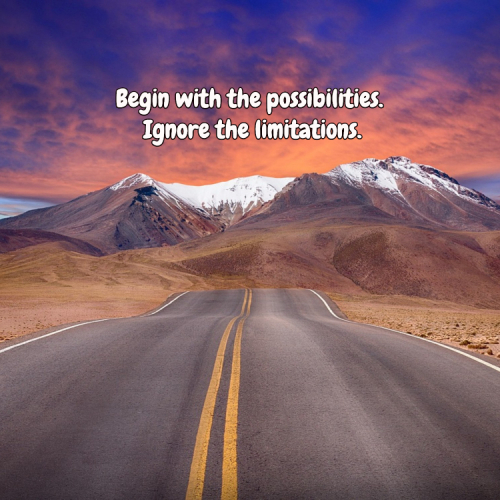 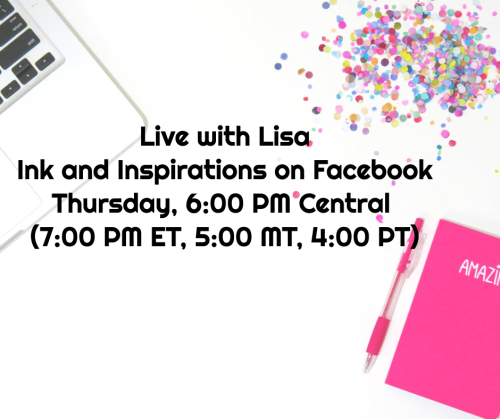